The majority of boiler constructions developed by RAFAKO S.A. is based on hard coal. The early years saw the domination of small stoker fired boilers but later on, we observed the increasing number of pulverised fuel, natural circulation boilers, once-through and finally fluidised bed boilers. The common characteristics of all modern boiler technologies include their low pollutants emission level, high efficiency and availability. Despite the increasing share of natural gas in the fuel structure, hard coal is still considered as a main fuel applied in Polish power and heat generating facilities. It is associated with the continuous improvement of coal quality which, combined with modern, "clean" coal combustion methods and its low cost contributes to the "revival" of this fossil fuel. 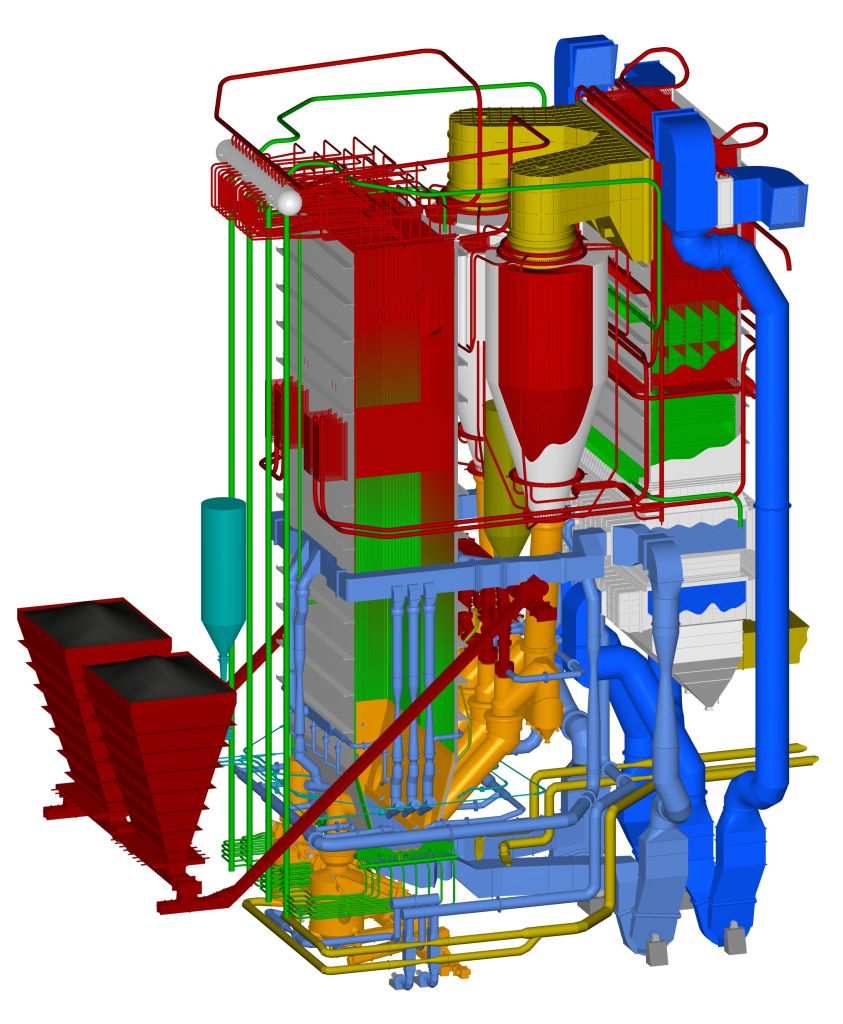 Lignite is considered as a cheapest fossil fuel. The location of a power plant near the open pit mine enables the most cost-effective generation of large amount of power. That is why the share of this fuel in the overall fuel structure is still significant and recent, enormous modernisation investments in Polish, Czech and German lignite basins prove that it is even likely to grow.